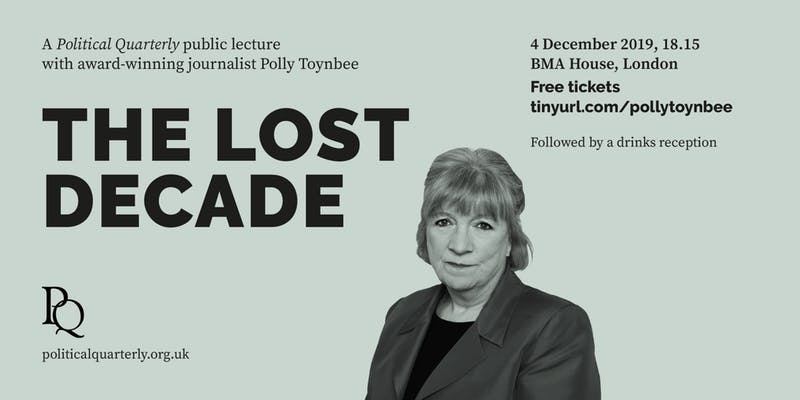 ‘The Lost Decade’ with Polly Toynbee

In the welter of immediate events, it’s easy to forget just how tumultuous the past ten years have been.
The decade has been characterised by ideology and ineptitude, dogma and disarray, austerity, social dislocation, national loss of confidence and the breakup of the UK.
There have been huge failures of policy design and delivery: in the NHS in England, in the assault on accountability in English schools, the dismantling of criminal justice and the cynical targeting of local government spending.
And then came Brexit, a Tory party psychodrama that became national history.
But austerity, like Brexit, was also willed – or at least approved – by large numbers of citizens. While Labour failed to prevent a series of unfolding disasters, the story of the past decade must also be about people: their apparent rejection of much of what Labour accomplished in the previous decade, their dislike of adequate taxation, their deference to Toryism, their willed ignorance and intolerance of complexity.