Conceptions of Heimat in Jewish Visual History and Culture

The lecture series examines the German-Jewish and European-Jewish notion of Heimat and its diverse and changing visual representations and interpretations during the course of history. It looks at the subject through a prism of visual media, such as the arts, photography, film and fashion, as well as literature and social media, etc.

In the past decade post-Soviet Jewish writers, poets and artists who live and work in Germany have played a crucial role in the ongoing debate on the various forms of migrant belonging in contemporary German culture. This lecture seeks to grasp the poetics of (non) belonging. Natasha Gordinsky will explore how different artists represent and de-stabilize performatively the meaning of Heimat, and reflect on this highly charged concept, both in German and Soviet contexts, in a dialogue with Kiev born German writer Katja Petrowskaja. 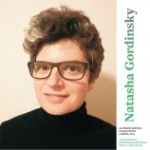 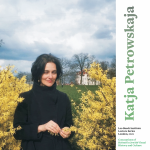 Dr Katja Petrowskaja holds a PhD in Literary Studies from the Russian State University in Moscow and works in Berlin as an author and free-lance journalist for press and radio. Her first book Maybe Esther (2014) was translated into 20 languages and has won several prestigious literary prizes.

Robert Stern - ‘How is human freedom compatible with the authority of the Good?’

Heather Widdows - No Duty To Resist: Why individual resistance is an ineffective response to dominant beauty ideals